Grounded in the vision of equality enshrined in the Charter of the United Nations, UN Women works for the elimination of discrimination against women and girls; the empowerment of women; and the achievement of equality between women and men as partners and beneficiaries of development, human rights, humanitarian action and peace and security. Placing women’s rights at the center of all its efforts, UN Women will lead and coordinate United Nations System efforts to ensure that commitments on gender equality and gender mainstreaming translate into action throughout the world. It will provide strong and coherent leadership in support of National priorities and efforts, building effective partnerships with government, civil society and other relevant actors.

Under the framework of the current UN Women Nepal Country Office Strategic Note (SN) 2014-2017, UN Women in Nepal continues its work to strengthen women’s leadership and participation in national and local level decision-making processes and empower women economically by supporting the excluded women’s groups such as women migrant workers and survivors of trafficking in Nepal.  In order to reinforce the ongoing efforts, especially with strengthening the leadership role of excluded women, UN Women in Nepal is implementing a project jointly with International Organization for Migration (IOM) entitled “The Future We Want: Creating Sustainable Foundations for Addressing Human Trafficking and Unsafe Migration of Women and Girls in Nepal (FWW)”, under the leadership of the Ministry of Women, Children and Social Welfare (MoWCSW) and Ministry of Labour and Employment (MoLE), with the financial support from the Zonta International.

The overall goal of the FWW project is to create sustainable foundations for addressing the nexus between human trafficking and foreign labour migration of women and girls in Nepal. The specific objectives of the programme are: a) to create an enabling environment in homes and communities to address structural barriers, gender based discrimination and stereotypical intergenerational socialization patterns in programme districts b) to strengthen individual competencies of women migrant workers and survivors of trafficking to become independent economic actors using vocational training and public private partnerships in select programme districts; and c) to enhance coherence/synergy between institutions and policies on the issues of foreign employment and human trafficking. The programme is being implemented in Dhading and Sindhupalchowk districts.

Within the framework of the FWW project, F-SKILL is providing the vocational and entrepreneurial skills training to 300 migrant women workers and survivors of trafficking in the two project districts. The training will also aim to provide psycho social support to training participants to deal with unequal gender relations and social norms which have been a challenge for women’s participation in economic activities and their improved livelihood through economic empowerment. 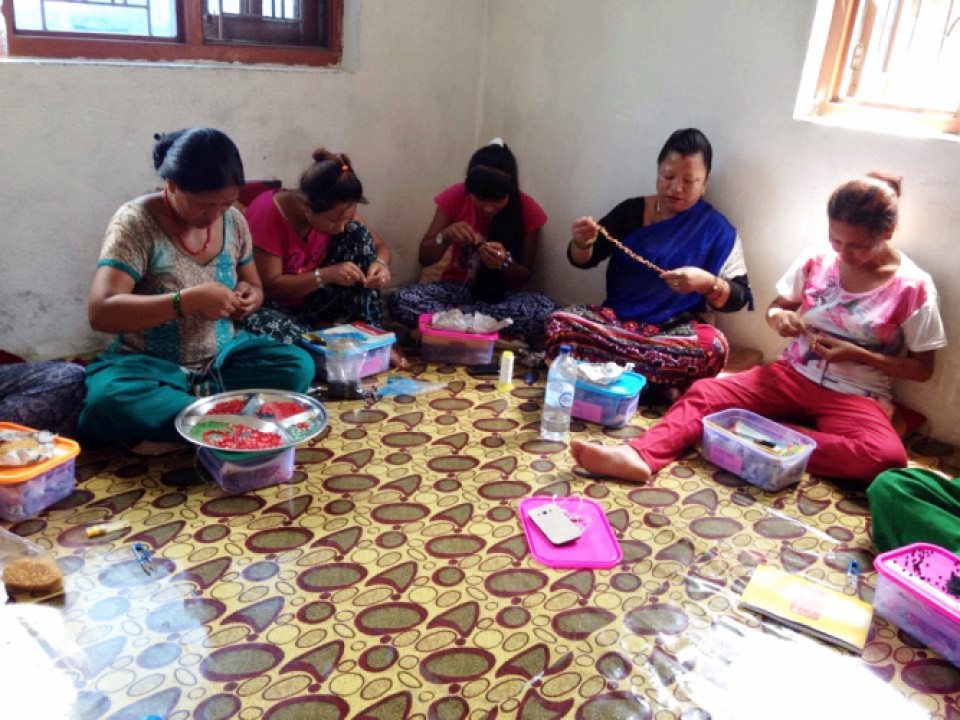